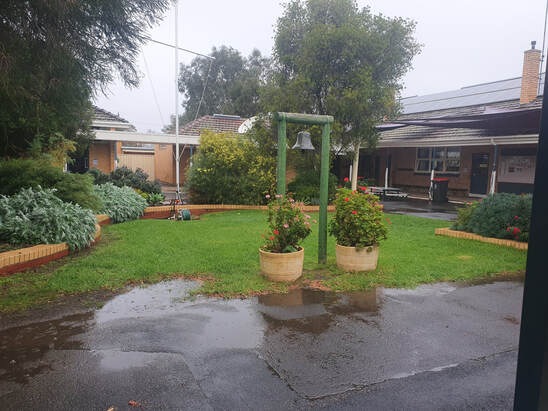 
St. Joseph’s Primary School was opened in 1885. The first classes were held in the Parish Church of the day, (a small wooden building)
situated where the present church is.

A lay teacher with occasional help from an assistant, taught those first classes made up of children from grade
one to grade eight. (30 pupils in all)

In 1924, four sisters of Our Lady of the Missions came from Perth to take charge at the school. Secondary
classes were introduced in 1943 and lay staff were re-employed in the late
1950’s. The four main classrooms of the present school were built in 1959 with
two additional rooms being added in 1968 and a science laboratory in 1969. The
final two ‘portable’ rooms were added in 1978.

The Sisters of Mercy  (Ballarat) replaced the Sisters of Our Lady of the Mission in 1969. With the
establishment of McAuley in 1976, St. Joseph’s became once again a primary
school. In 1979, after a lapse of fifty-five years, a lay principal was again
appointed to the school.

These were courageous beginnings for Catholic
Education in our Parish, deeply rooted in faith and community.

St. Joseph’s Primary School Community aims to continue the traditions of the strong
faith community, believing in the benefits of Catholic Education and the Catholic Ethos